If you’ve been injured by the federal government or one of its employees, our skilled lawyers have the experience and resources to help you get the justice you deserve.  Suing the federal government is never easy, but at Paul Padda Law our attorneys have the experience and track record of success to help you get justice.  Whether you’re in Las Vegas, some other part of Nevada or, for that matter, anywhere else in the United States, you definitely want an attorney representing you that thoroughly understands all the steps needed to successfully sue the federal government.  This is most definitely not an area of law where you want to gamble with your choice of attorney.

Whether you’re a veteran that’s been injured by medical malpractice in a Veterans Administration hospital or someone that got rear-ended by a United States Postal Service truck, you can sue for injuries under the FTCA.  At Paul Padda Law we’ve helped numerous clients across the country understand their legal rights under the FTCA.  Our attorneys have significant experience with, and deep knowledge of, federal laws because of their prior work history as federal prosecutors and federal civil attorneys.  If you’re looking for an FTCA attorney that understands the intricacies of federal litigation, Paul Padda Law can help.

If you believe an employee of the federal government is responsible for your injuries or a loved one’s tragic death, contact a Federal Torts Claims Act attorney from Paul Padda Law by calling (702) 366-1888 or get in touch through this website.  We offer free consultations where we can advise you on how to best pursue your recovery.  We handle cases in Las Vegas as well as throughout Nevada and rest of the United States.  Because federal law is the same in every state, we can represent clients anywhere.  We also handle FTCA cases on a contingency basis, meaning there is no cost to you unless we win.

What Is The Federal Tort Claims Act?

When someone’s carelessness or recklessness causes you harm, then you have the right to pursue compensation through a personal injury claim.  The same is true when a business is at fault for your injuries.  If an on-duty employee or agent of a business was careless or reckless, then their employer may be liable.  But what about when an employee or agent of the federal government is negligent?  Depending on the facts of your case, you may have the right to file a claim for compensation under the Federal Torts Claims Act (FTCA).

The United States Congress passed the Federal Tort Claims Act in 1946.  Basically, the FTCA, codified at 28 U.S.C. § 2674, is a federal law that allows a person or business to file and prosecute certain types of tort lawsuits against the United States and recover monetary damages for personal injuries or property damage.  Some FTCA lawsuits are fairly simple and involve only minor accidents.  Other FTCA cases involve much more serious allegations of governmental negligence.  For example, when several Navy officers were alleged to have sexually assaulted women at the infamous Tailhook scandal in Las Vegas in 1991, the women sued under the FTCA in an attempt to hold the federal government liable for the officers’ conduct.  In another famous case, family members of persons killed in the 1993 fire at the Branch Davidian compound in Waco, Texas also sued the United States under the FTCA.  Interestingly, the FTCA has also been used as a shield by the federal government to “federalize” some lawsuits such as when President Donald Trump was accused of a sexual assault.  Knowing how to use the FTCA to your advantage requires an attorney with knowledge about federal law and process.

If you believe a federal government employee was negligent and is responsible for your injuries, call Paul Padda Law about suing the federal government.  An FTCA lawyer will explain your rights and guide you through the process.

Examples of FTCA claims include:

Proving A Claim Under The FTCA

Individuals who were injured or whose property has been damaged by the negligent act of a federal employee acting in the scope of his or her employment duties may make a claim for damages.  To successfully recover under the FTCA, a person must prove the following:

A person seeking to successfully sue the federal government under the FTCA must prove each of these elements in order to win a case.  Failure to prove any one of these elements will result in the case being dismissed.  Again, having the right attorney in your corner makes a big difference.  An attorney that is knowledgeable about the federal litigation process and who understands the FTCA will put you in a winning position.

Among the most common types of FTCA cases are the following:

If you wish to bring a tort claim against the federal government, then you need to speak with an attorney as soon as possible. Not all injury claims are allowed under the FTCA.  A lawyer will review your situation and advise you on whether you may sue the government based on the FTCA or not.  If your suit does not fit under the FTCA, then it’s barred by the doctrine of sovereign immunity.  For example, the person who caused you harm must have been a government employee, not an independent contractor hired by the government.  Additionally, the government is generally immune from claims of intentional misconduct, except in rare circumstances when the intentional misconduct is caused by a law enforcement officer.

THERE IS A SPECIFIC PROCESS FOR MAKING AN FTCA CLAIM

There is a specific process you must follow to pursue compensation under the FTCA.  For example, you must first file an administrative claim with the government for compensation.  This is called “exhaustion of administrative remedies.”  Basically, it means you have to provide the government the opportunity to understand your claim, consider it and potentially resolve it before you can go to court.  Failure to exhaust your administrative remedies will act as a bar to your ability to file a lawsuit.

When you’re ready to make a claim, it must go to the specific federal agency you believe is liable for the employee’s negligence.  For example, you can’t make a claim with the United States Postal Service if you’re planning to sue the Veterans Administration for medical malpractice.  Your claim has to be submitted to the proper federal agency.  While the government uses a standard form called an “SF 95,” you should not pursue an administrative claim without talking with a Federal Tort Claims Act attorney first.  Why?  Because what you put on the form can make a big difference in how your claim gets handled and any missteps can later be used against you in litigation.

WHAT IS THE STATUTE OF LIMITATIONS FOR AN FTCA CLAIM?

The Federal Torts Claims Act statute of limitations is two years.  In other words, you have up to two years to file the administrative claim with the appropriate federal agency.  Even if a State has a shorter statute of limitations period (e.g. medical malpractice), it doesn’t matter.  Under the FTCA a claimant has up to two years to submit a claim to the federal government.  However, it is best to work with a lawyer and file it right away.

Your administrative claim must provide details regarding the accident, your injuries, and the damages you request.  Failure to demand a sum certain (specific dollar amount) can defeat your claim.  The federal agency has up to six months to respond to your administrative claim.  It may accept or reject your claim within that time period.  If you do not receive a response within six months or your claim is rejected, then you and your FTCA lawyer may file a lawsuit against the federal government.

THE “LAW ENFORCEMENT OFFICER” EXCEPTION TO THE FTCA

The FTCA allows for lawsuits against law enforcement officers based upon assault, battery, false imprisonment, false arrest, malicious prosecution, or abuse of process.  On the other hand, it bars lawsuits based upon libel, slander, misrepresentation, deceit or interference with contractual relations.  This exception exists because the United States Congress presumably decided that law enforcement officers should be held accountable where they exceed their normal job duties and shielded from suits that do not implicate their normal duties.

At Paul Padda Law, we have successfully brought cases falling under the law officer exception of the FTCA.  If you or a loved one have been injured by a federal law enforcement officer, call Paul Padda Law today to explore your legal rights.

Five Important Things To Know About The FTCA

There are several features of the FTCA that make suing the federal government unique from other typical negligence lawsuits.  These features include the following:

If you were injured by a federal employee’s actions, the best thing you can do for yourself is speak with the FTCA lawyers at Paul Padda Law. We understand how difficult this situation may be, especially if you are suffering from serious injuries or the incident cost your loved one their life.  You may be angry, grieving, resentful, depressed, and much more. We are here to provide practical and objective advice regarding your rights to sue the federal government.  If you have a valid FTCA claim, then we’ll guide you through the strict process of pursuing compensation.

To learn more, contact Paul Padda Law at (702) 366-1888 or use our online form to request a free and confidential consultation. 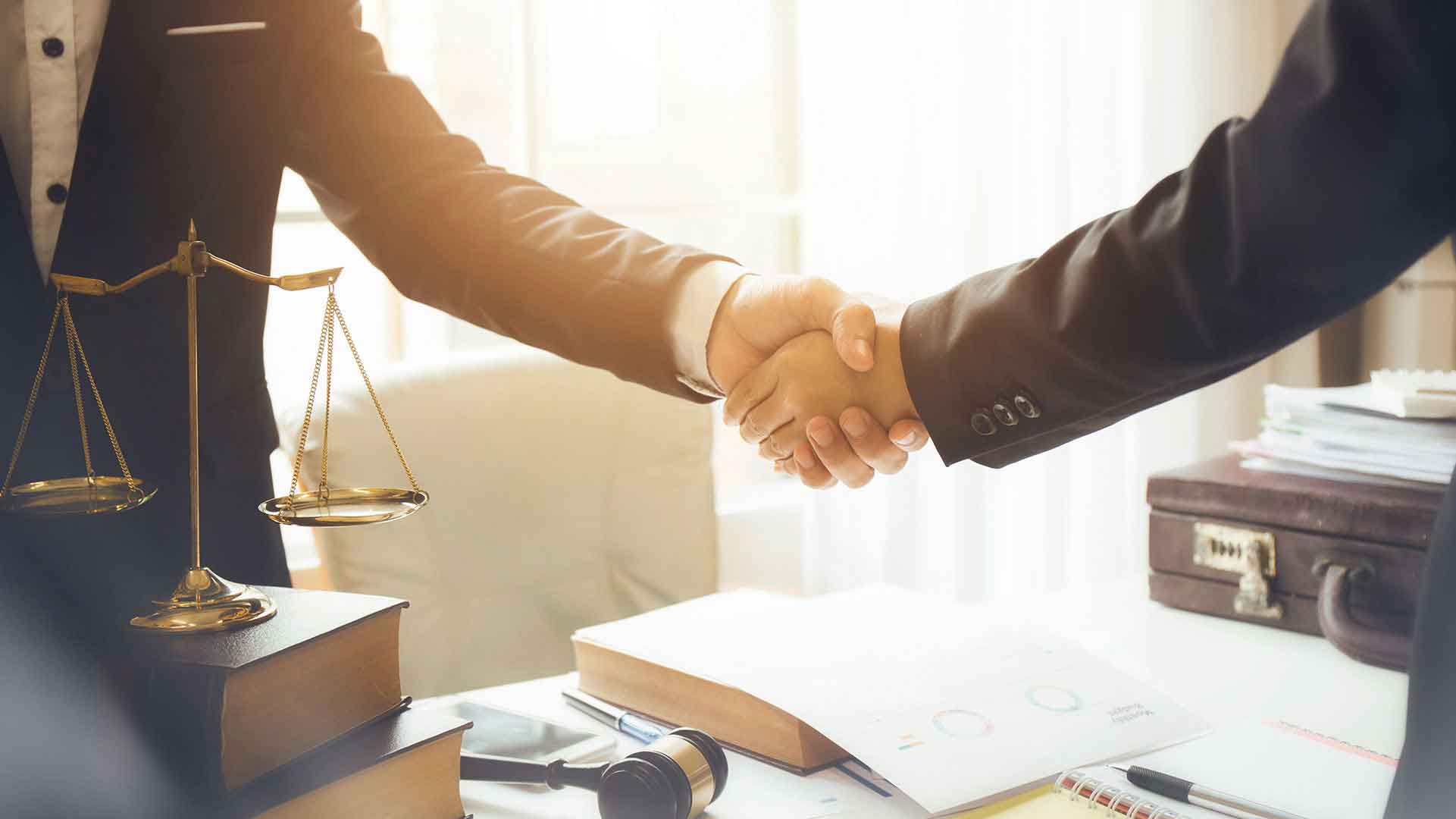